A quiet oasis in a busy city

In 1967, the Grand Hotel was listed amongst the world’s top 10 hotels by the Fortune magazine and was entered into the American Holiday magazine as a Topnotch Hotel, described as a quiet oasis in a busy city. It became the leading benchmark for all hotels the world over, and has since played host to over 2000 foreign dignitaries, including heads of state, diplomats, prominent politicians and renowned personalities, Such as the late American President, Dwight D. Eisenhower; King of Thailand, Bhumibol Adulyadej, Singaporean Prime Minister, Lee Kuan Yew and so on.

Not only is the Grand Hotel’s infrastructure renewed, but also its culture ambience enhanced. Every day in the lobby one can enjoy live music and performances by professional art groups as the Hotel is being developed as a brand-new cultural landmark. The Grand Hotel is also featured as a holiday villa where all visitors will feel a heart-warm welcome. The Grand Hotel hopes to become a benchmark for Taiwan's international tourist hotel. We promise to embrace all world travelers with supreme 5-star amenities and services. You are cordially invited to experience our exclusive hospitality. 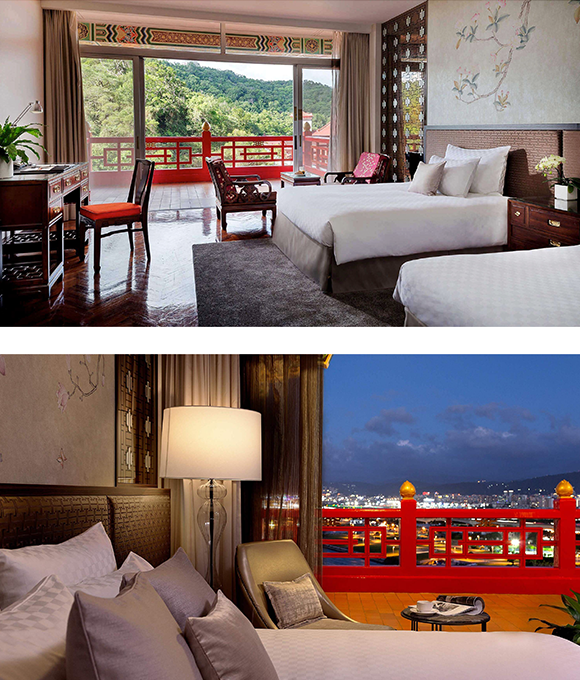